Borrowers with credit scores below 620 have struggled in recent years to access home loans in meaningful numbers, but it looks like that might be changing. More lenders are making subprime mortgages available again.

According to new research from the National Consumer Credit Trends Report, the number of subprime mortgage originations increased in a big way during the first five months of 2015. During the same period last year, home equity lines of credit, home equity installment loans, and first mortgages were all producing much less than 2015. For those with subprime credit scores, though, first mortgage originations during this early period of 2015 were up by 30.5 percent.

According to Equifax, which managed the report attached to this data, the number of subprime mortgages are increasing overall, but those numbers have not eclipsed the data from before the recession. In general, too, these originations make up only a small portion of the market.

Lenders know the risks associated with making subprime mortgages available, but they appear to be going about this in a whole new way. Lenders are looking for any way to reduce risks associated with these originations. Even though the numbers are trending upward, banks are still trying to keep their general risks quite low. No one bank wants to be seen as having exposed a great deal of risk, for example.

Lenders also know that more work needs to be done to help first-time buyers realize they might be eligible. The relaxation of recent requirements with regard to subprime mortgages opens the door for many more potential borrowers, but this has to be communicated clearly to the marketplace. In recent studies, borrowers who might have fit the bill (including those who would not fall into the subprime category) for a home loan were avoiding the process entirely due to the impression that banks were holding on to credit fiercely.

The onus falls on the lenders to communicate information not only about responsible borrowing practices, but also that the potential for borrowing is there for many more people than are currently availing. Millennials, for example, are still clinging to rental properties instead of opting for a home purchase. That purchase is not being held off for lack of interest, either, as growing numbers of Americans are interested in owning a home. The issue is that lenders must be able to communicate additional opportunities to borrowers in a way that attracts borrowers and yet also promotes responsible lending. 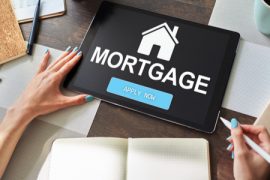 Mortgage Lending: Lessons from 2020 to Stage a Strong Comeback in 2021

The Key to Your Mortgage Lending Success Lies in Invisible Borrowers. Here’s What You Need to Do

Business Disruption for Others; Business as Usual for You.
We have remodeled our back office operations keeping the safety of our employees and security of your data in mind. Set your corona worries aside and bank on us to keep your processes up and running at all times.
Learn More