The mortgage market index, a market-wide measure of the application volume for mortgage loans decreased by nearly 30% in the middle weeks of October. The weeks before that, mortgage applications have increased by 25.5%. This was just before the implementation of new mortgage disclosure rules known as TRID. Lenders had to make some significant changes to their loan processing systems in order to comply with this regulation. The fear was that this would decrease applications and borrowers may have rushed to move their applications in to lenders before the regulations took place on October 3rd.

The change with TRID is part of a federal regulation move to protect borrowers by requiring lenders to disclose all loan details a minimum of 3 days before closing. This also consolidates some previous forms and disclosures that must be provided to potential borrowers.

During the same period, the average contract interest rate for a long term 30-year fixed mortgage stayed at about 3.99% which was relatively unchanged. The survey conducted by the Mortgage Bankers Association consider 75% of all U.S. retail mortgage applications.

It may take a while for things to become easier for home buyers and lenders as a result of TRID. Lenders and realtors have both been rushing to learn these new rules and adopt their systems for compliance as soon as possible. And compliance is essential given that the CFPB has given out more than $260 million in fines because of mortgage rule violations.

Prior to the housing crises, lending rules were relatively fixed and stable but these now change on a regular basis putting lenders in the hot seat for quick compliance and an increasing number of things to keep track of.

People outside of the industry may have been under the impression that prior years’ implementation of regulations related to qualified mortgages were sweeping changes. But it is clear that the requirements for compliance with TRID represent even bigger and more comprehensive changes. Lenders will stay tuned to see how this change plays out over the long run, both for their own internal processing and for the industry nationwide. 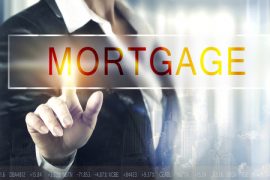 Margin Compression is Back – Here’s the Best Way to Handle it?

The Lender’s Secret to Steadying Business in 2021